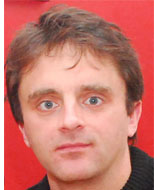 is a registered Tennis Ireland level 2 coach and is a member of Tennis Coach Ireland. He has been a member of KBTC since he was 10.  Wesley coaches all levels in the club and is coach for the club’s Schools Tennis Intiative Programme, which was developed by Tennis Ireland.  In 2009, he spent four months coaching in Umag city in Croatia, which hosts a yearly ATP (Association of Tennis Professionals) tennis tournament. In 2010, he was Assistant Head of Tennis at Manitou Tennis Academy in Canada. In August 2015, he spent some time coaching at Barcelona Tennis Academy in Spain.

Bill Lonergan is a registered Tennis Ireland level 2 coach. He has been a coach in 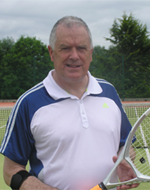 KBTC for over 25 years. He is currently coaching the Ladies Division 5 Winter League team who have reached the Munster final. He previously coached in Fethard, Kilfeacle, Puckane and Nenagh tennis clubs. Up to his retirement from teaching in 2019, Bill also coached tennis teams at Nenagh C.B.S. secondary school for over 30 years where they won several Munster schools tennis competitions. He has been heavily involved in developing the juniors in Killaloe/Ballina and has coached many players who went on to be very successful at local, Munster and inter-provincial level.

As a player, Bill has had a very successful tennis career, winning 3 Munster men’s tennis team competitions with Nenagh L.T.C.  He was very successful in summer open competitions, winning the Grade 1 Men’s Doubles and Grade 1 Mixed Doubles and has been a finalist twice in Grade 1 Singles at the Nenagh Open. Bill also won events at Tramore, Castleview, Hillview, Limerick Lawn, Catholic Institute and St. Annes. He won the club championship in singles, doubles and mixed in Fethard, Nenagh and Killaloe/Ballina tennis clubs on several occasions. Bill was also winner of the Div 1 Midland League and Div 1 South Tipp League with Nenagh and Moyglass tennis clubs respectively.

is a registered Tennis Ireland level 3 coach. She is a Munster regional coach, a fitness instructor and a grade 1 tennis player. Sinead has coached numerous provincial and national tennis players to great success over her years as a tennis coach. A former Munster interprovincial players, she was the winning non-playing Junior Captain in 2017 as well as the winning non-playing Senior Interprovincial Captain in 2018.

since November 2021 and enjoys working with players at all levels. She is a member of Killaloe since 2005 and grew up playing with her siblings. She received training with Munster squads and also in Dublin. Her achievements include representing Munster several times on interprovincial teams and was on the winning team in 2018. Her highest national ranking is 12th in U18s girls. Emma won provincials in both U16s and U18s and was placed 6th in U18s national match plays.